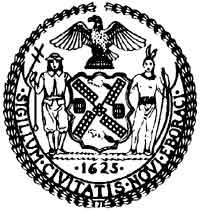 New Yorkers joined the nation in mourning the painful events in Louisiana, Minnesota and Dallas… the New York Times took a look at the Mayor’s message of reconciliation and push for deeper bonds between police and community… the Mayor and Police Commissioner announced a historic low crime rate for the first 6-months of the year… 50 new soccer fieldsare being built in underserved neighborhoods in all five boroughs… public schools, homeless shelters and correctional facilities will now provide free feminine hygiene products for those who need it… the administration kicked off its NYC Men Teach initiative to recruit more male teachers of color… the Buildings Department launched the “ Stay Safe, Stay Put”elevator safety campaign…DSNY is helping New Yorkers donate and reuse goods instead of discarding them…Homeless Services, CAMBA and the Rogosin Institute dedicated a new computer lab for homeless children and teens… DYCD joined up with hip –hop legend and Darryl Makes Comics publisher “DMC” to launch the Heroes Project…the Summer Youth Employment Program is in full-swing…and learn a bit more about Commissioner Salas, newly appointed to head up the Department of Consumer Affairs.

Take a behind-the-scenes photo tour of the Mayor’s week. Check out all of our Pictures of the Week here: http://on.nyc.gov/2agKOJu

“Build Something Better” – That’s the Mayor’s message to New Yorkers in the wake of the shootings in Dallas, Baton Rouge and Falcon Heights and on the anniversary of the death of Eric Garner. Speaking in churches these last few weeks, the Mayor said, “This city has to do something not only for ourselves, but for our whole nation. This city has to become an example. We’ve come a long way. We are far, far from perfect, but we’ve come a long way. This is a city that, over decades, has found more common ground. This is a city where our clergy reach out almost instantaneously to each other across faiths in times of crisis, and form a common front – something we don’t see in enough of the world, and yet, here, thank God, it is a given today. So, now it’s our turn. In this city we aspire to a different and better relationship between police and community. We believe it can happen.” The First Lady, speaking at a televised CNN townhall, called for the nation to come together to find real solutions.

Historic low homicide and shooting rates – The first-half of 2016 saw the fewest shootings, the fewest robberies, the fewest burglaries, and the fewest auto-thefts of any first-half of a year in the CompStat era. Shootings are down 20 percent since last year, while gun arrests are up as the NYPD works to get more illegal guns off our streets. At the same time, arrests, summonses, and stops are down, meaning the NYPD is arresting a lot more of the right people for the right crimes, leading to the crime decline.

GOAL! – Mayor de Blasio and the Mayor’s Fund to Advance NYC, along with the U.S. Soccer Foundation, the New York City Football Club and adidas launched the New York City Soccer Initiative, a public-private partnership that will build and maintain 50 soccer fields in underserved neighborhoods across the five boroughs over the next five years. Fields will begin to open for play as early as next year. Over the next five years, the public-private partnership will invest $3 million in fields across the five boroughs, and in afterschool programming for 10,000 kids. The program will provide afterschool soccer and mentoring programs, such as soccer clinics, festivals and youth summits to promote safe, active and connected communities. The New York City Soccer Initiative will also include a partnership with the City’s Young Men’s Initiative, providing young men of color with mentorship opportunities.

New laws to increase access to feminine hygiene products – Public schools, correctional facilities and homeless shelters will now provide free tampons and pads to those who need it.  The laws recognize that feminine hygiene products are a necessity—not a luxury. In the words of the First Lady, “No young person should miss class or be embarrassed at school because she needs a tampon or pad.” ‎The legislation, sponsored by Speaker Mark-Viverito and Council Members Cumbo, Ferreras-Copeland and Levin, further solidifies NYC as a national leader in advocating for women and girls, regardless of sexual orientation or gender expression.

DHS, CAMBA, and the Rogosin Institute Help Homeless Children and Parents Bridge the Digital Divide – Homeless children and teens have new additional tools at their fingertips thanks to a new computer lab at the Kensington Family Shelter in Southeast Brooklyn. The 21 iMac computers will give homeless children and teens the technological tools to complete homework assignments and access educational videos and information, as well as enable parents to create resumes, conduct online job searches, and search for permanent housing options.

DYCD Heroes Project – DYCD and “DMC” of RUN-DMC launched the Heroes Project, a  literacy-focused comic book initiative that challenges middle school students from 25 DYCD-funded afterschool programs in all five boroughs to develop stories about heroes – real or imagined – in their own communities.

Summer Jobs/Internships for Young People – Teens around the City are enjoying their first taste of employment with the kick-off of the Summer Youth Employment Program (SYEP). Thanks to budget investments from the de Blasio administration and the City Council, 60,000 youth ages 14-24 are able to take part in the youth employment and work readiness program this summer.

Stay Safe, Stay Put – The Buildings Department is reminding New Yorkers that if you’re stuck in an elevator, the safest place to be is inside the car. Just ring, relax, and wait for help to arrive. Elevators are among the safest forms of transportation, but New Yorkers have been seriously injured trying to escape stalled elevator cars. Remember, if you’re stuck in an elevator: Stay Safe, Stay Put.

DonateNYC – Reusing materials reduces waste, saves money, conserves energy and resources, and helps provide needed services and jobs for New Yorkers. donateNYC provides residents with a website and mobile app to help them find the most convenient place nearby to give or find reusable goods. For local nonprofit organizations in need of donated goods, or businesses looking to donate, donateNYC offers an online materials exchange where they can connect, donate and receive reusable goods. As the City continues towards its goal of sending zero waste to landfills by 2030, donateNYC partners will help the City reach its goal by providing verifiable data needed to assess progress.