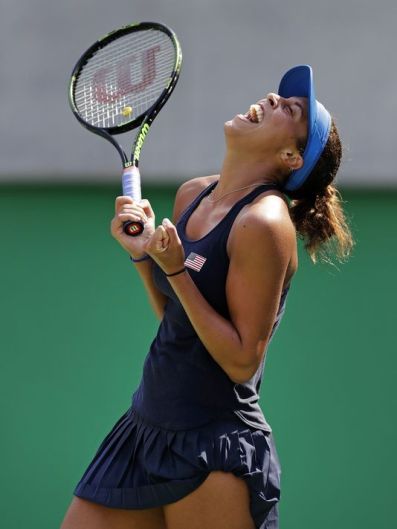 According to USA Today reporter Dan Wolken, Team USA tennis player Madison Keys is the only American women standing in the Women’s Singles Olympic competition. Keys can now accomplish what no other American Tennis player has done since the Williams sisters. Of course, that is the gold!

After a rough Olympics for not just the Williams sisters, but for team USA in general. Keys can now turn things around for Team USA as she is only two matches away from gold and one match away from silver.

Keys tells USA Today the following, “I’m just happy I’m on a team with Serena Williams,” Keys said. “It means I was able to get my ranking up and qualify. I knew it was going to be my first Olympics, I knew I was going to be nervous and obviously I haven’t experience this before. So my only expectation was to leave everything on the court and completely fight.”

“I have matured in a lot of ways and maybe haven’t gone for the winner when I’m 10 feet behind the baseline. I think that’s been a huge goal of mine is to be smarter on the court and cut down on the senseless mistakes.”