Senator James Sanders Jr. (D-Rochdale Village, Far Rockaway) will join other elected officials, hospital staff, and community leaders for a press confernce on July 6, 2017 to announce and celebrate that St. John’s Episcopal Hospital has received the funding necessary to begin renovations to its Emergency Department. 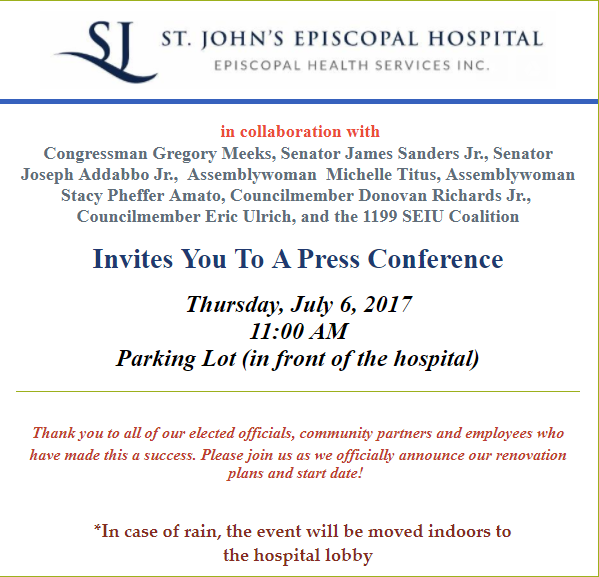