“Whoever wins this game takes the election in November,” Scala quipped.

The players and fans toughed it out in spite of rain showers.

Neither side could claim victory. Nobody kept score. But Scala noted how enthusiastic the kids were to learn the fundamentals of the sport.

“It’s all in good fun,” he admitted. “They’re getting better at the game.”

After the game, Scala treated the entire league to Italian ices. 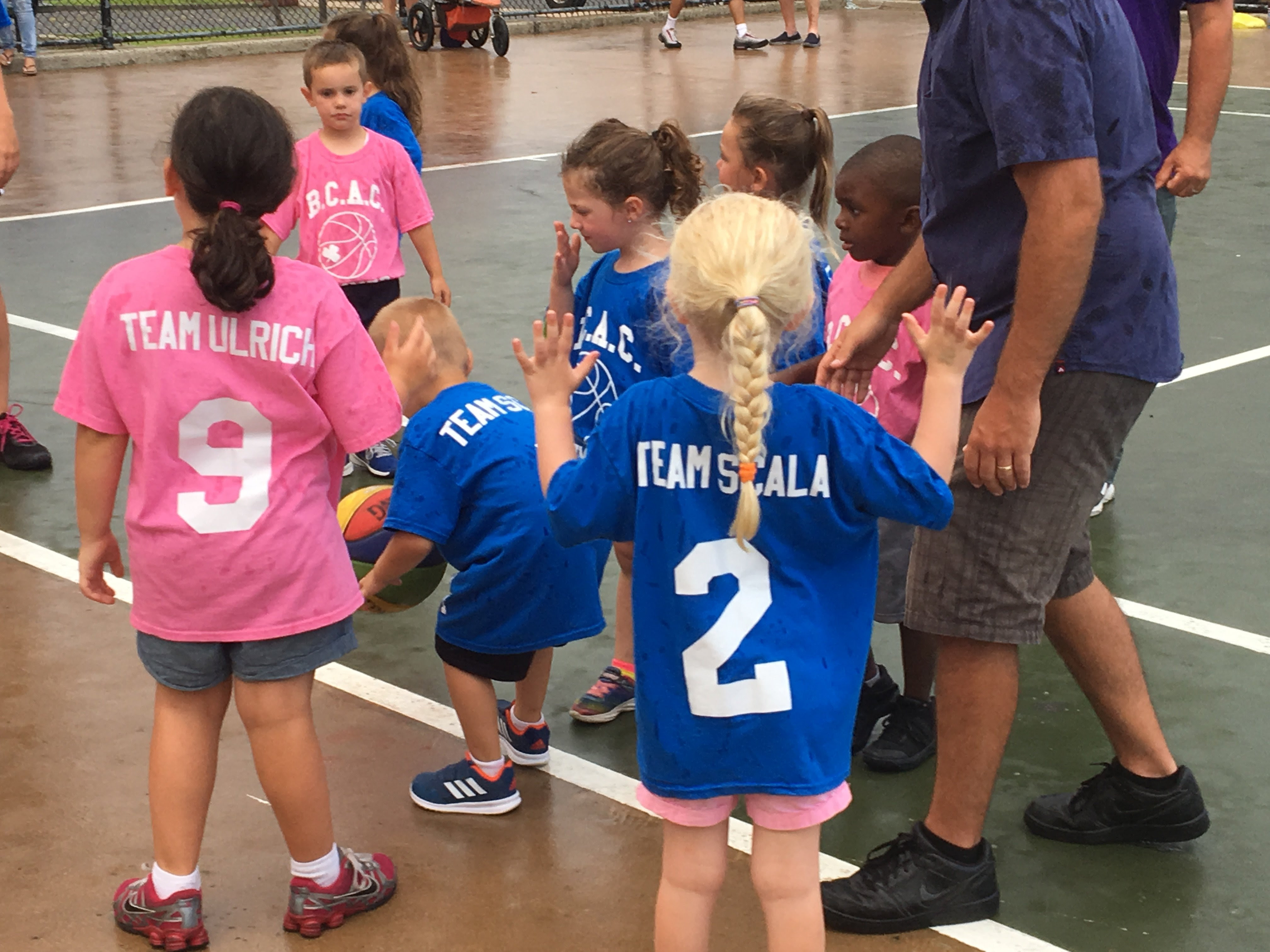