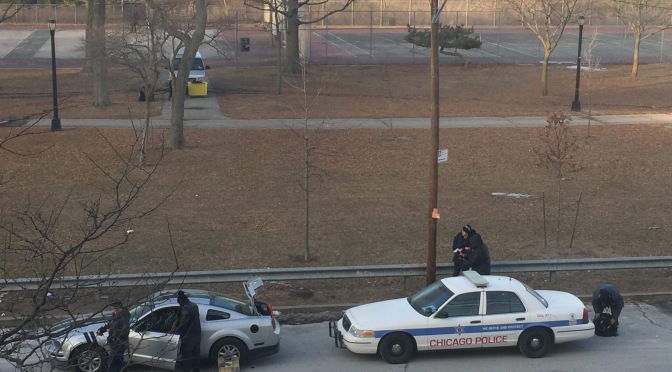 Yes, you heard it first. Chicago P.D came to take a break from all the crime in Chicago at Arverne’s Rockaway Community Park. Now, now, we are just joking. The city of Chicago this week reported no fatal shootings in the past 7 days.

The Chicago police and EVAC are part of a T.V series called “The Good Fight”, which airs on CBS live streaming service “All Access”.

About The Good Fight

The Good Fight picks up one year after the events of the final broadcast episode of The Good Wife. In the new series, an enormous financial scam has destroyed the reputation of a young lawyer, Maia Rindell, while simultaneously wiping out her mentor and godmother Diane Lockhart’s savings. Forced out of Lockhart & Lee, they join Lucca Quinn at one of Chicago’s pre-eminent law firms. The series, from “The Good Wife” creators Robert and Michelle King, stars Christine Baranski, Cush Jumbo, Rose Leslie, Delroy Lindo, Sarah Steele, Justin Bartha, Erica Tazel, Paul Guilfoyle and Bernadette Peters. 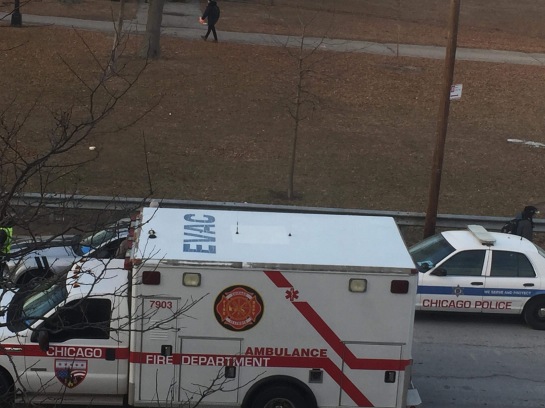 Chicago EVAC ambulance getting ready for its next scene of the show.

On a positive note, it is always nice to see other big cities visit one another. Especially in Rockaway where long ago we would be left unnoticed.

Our founder of the site was born in Chicago. So, we are sure if it would be offensive to anyone, we wouldn’t get clearance to publish. We hope for a safe and record-breaking crime year in Chicago and wish for everyone’s safety in 2018.